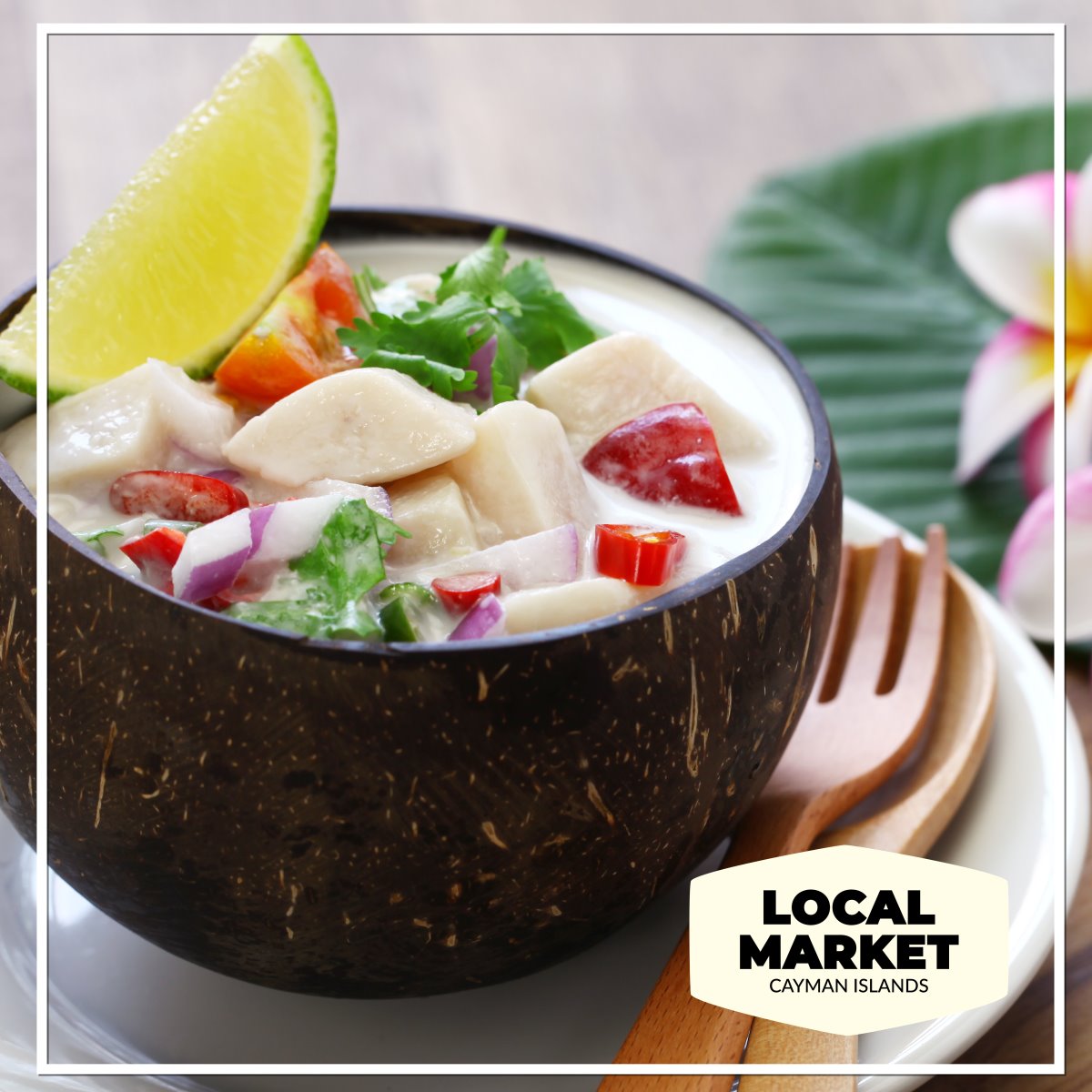 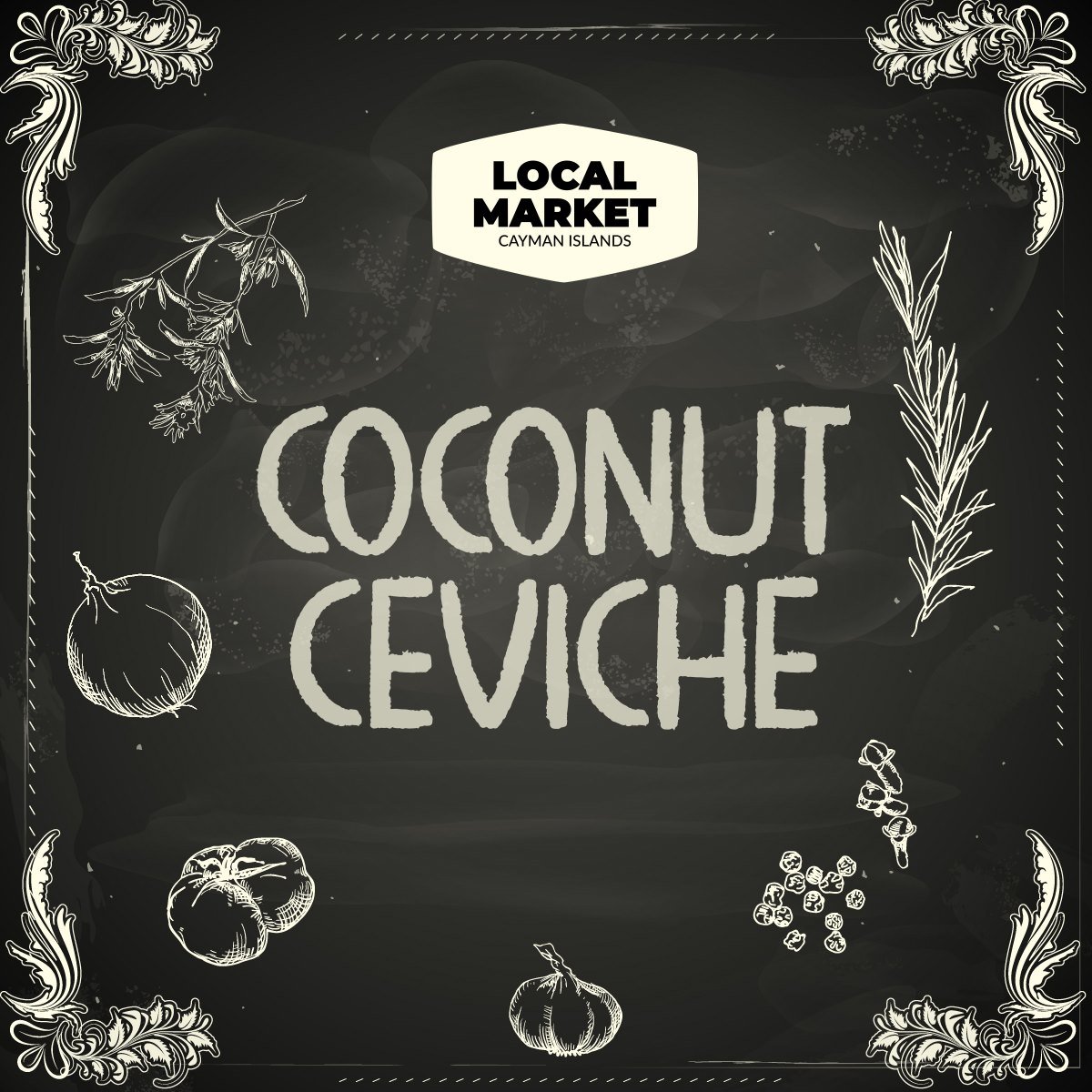 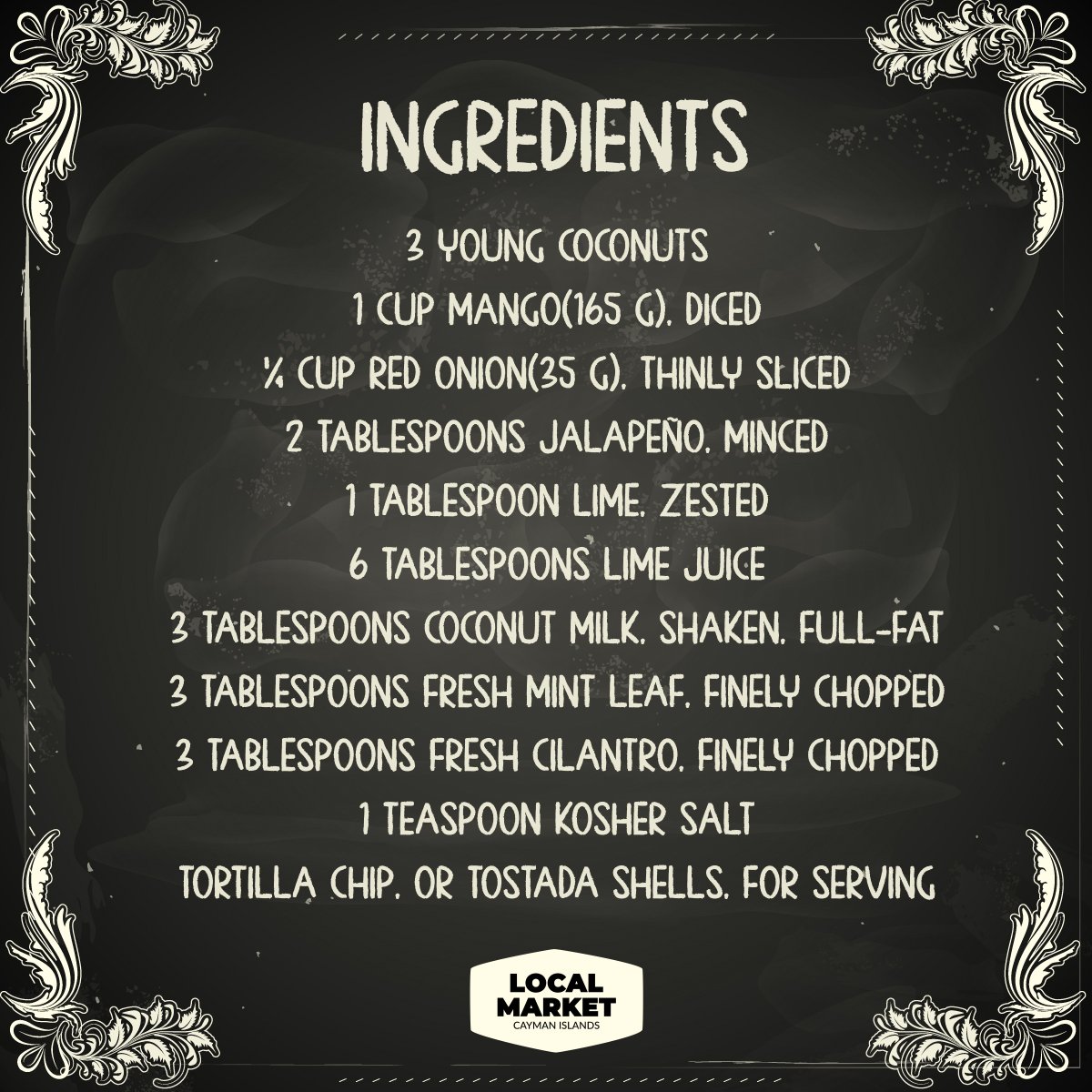 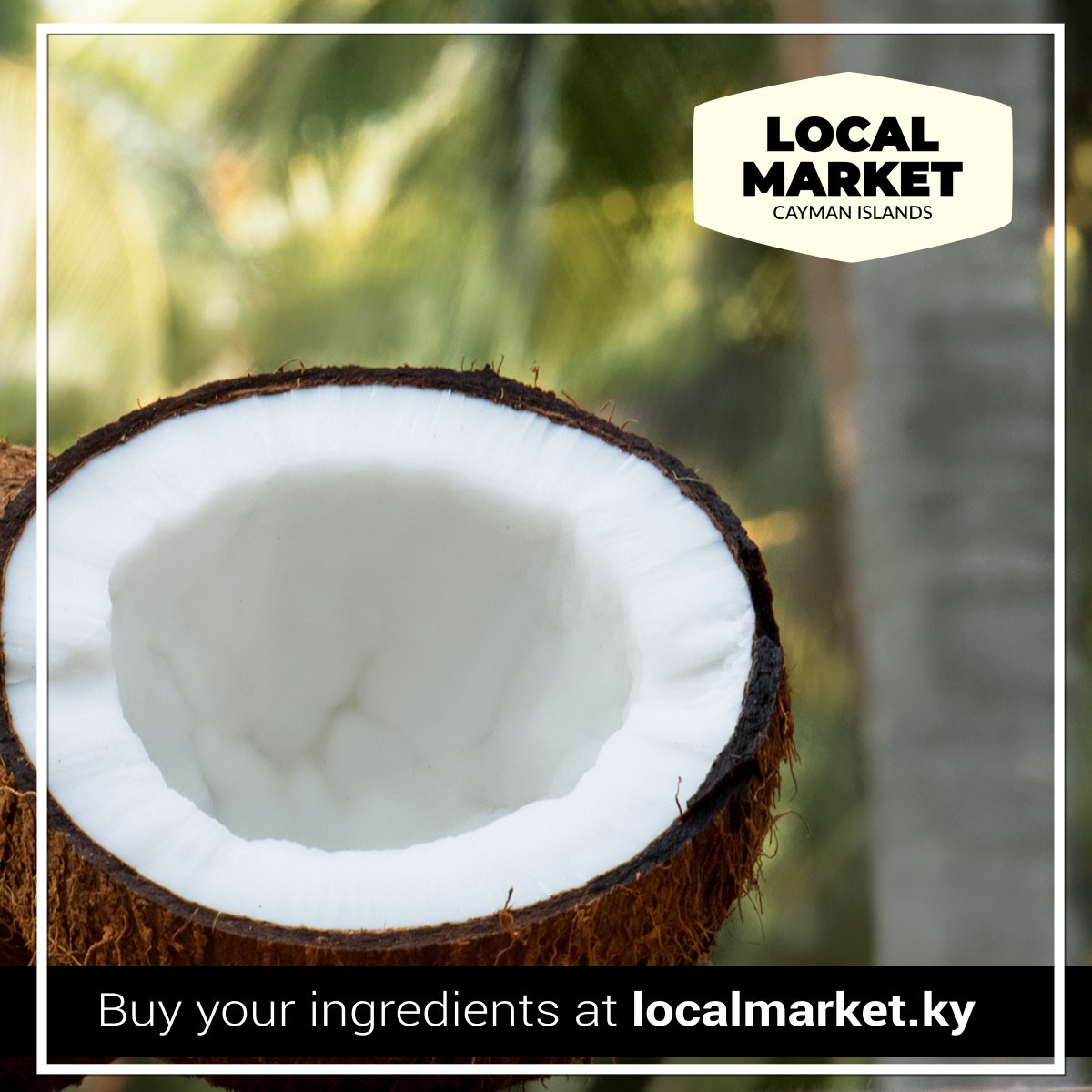 Working 1 at a time set a coconut on its side on a cutting board.

First, remove the white husk from one end of the coconut to expose the brown shell underneath.

Holding the coconut in place with one hand on the rounded end, carefully use the back end, or heel, of the knife to puncture the exposed coconut shell.

Do not use any force other than the weight of the knife. Do this a few times, working in a circle until you can wedge your knife into the coconut shell and pop off the top.

Drain the coconut water into a bowl and reserve for another use.

With the cut side of the coconut up, place the knife over the opening and cover the spine (dull side) of the knife with a folded kitchen towel.

Using a meat mallet or other heavy kitchen utensil, like a rolling pin, whack the knife where the towel covers it.

Repeat a few times until the coconut is cracked in half.

In a medium bowl, toss together the coconut meat, mango, red onion, jalapeño, lime zest and juice, coconut milk, mint, and cilantro. Season with the salt, then stir again.
Cover the bowl and let marinate in the refrigerator for at least 1 hour, up to 3 hours.
Serve the ceviche chilled with tortilla chips or in a tostada shell.
Recipe: https://hubs.ly/H0K0XCx0

Local Market Team Posted on October 15, 2021
Healthy Halloween stuffed peppers STEP 1 Cut the tops off the peppers (keeping the tops to one side) and [...]